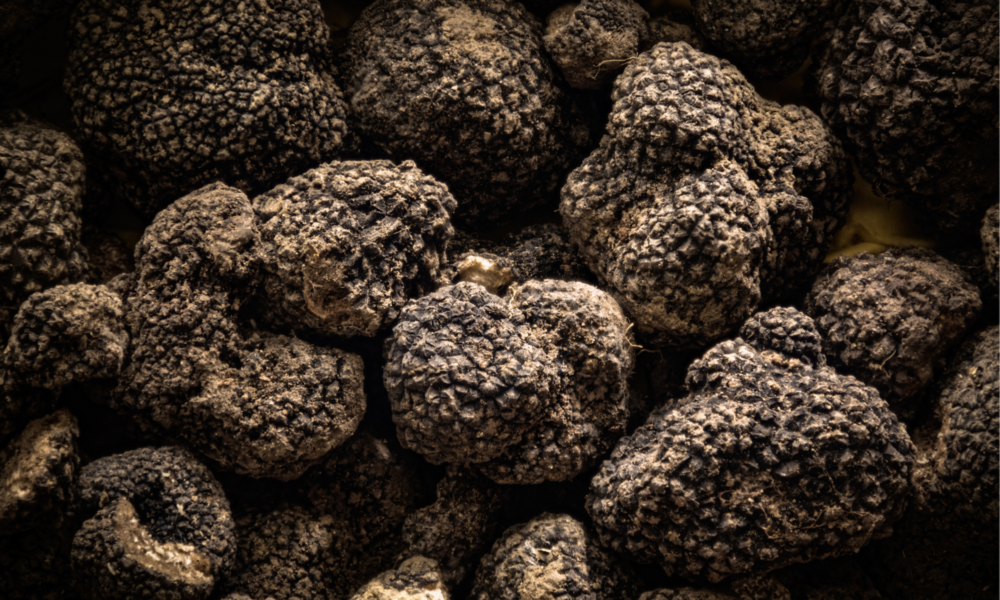 They are knubby, grubby, lurk underground, but are worth more than ever seems reasonable: truffles! In honor of Valentine’s day, we’re looking into the history and culinary traditions of this deliciously luxurious (and supposedly aphrodisiac) ingredient.

What is a truffle?

A truffle is type of mushroom, with no stem or cap. It grows close to the roots certain trees, between 2 and 11 inches deep, and can be found year round, depending on the specie. Truffles are recognizable by their rugged, bumpy exterior which reveal a creamy brown / pinkish interior. They cannot be cultivated, and thus are only found in nature – since they grow underground, they are “hunted” by specially trained dogs and pigs with remarkably sensitive noses. 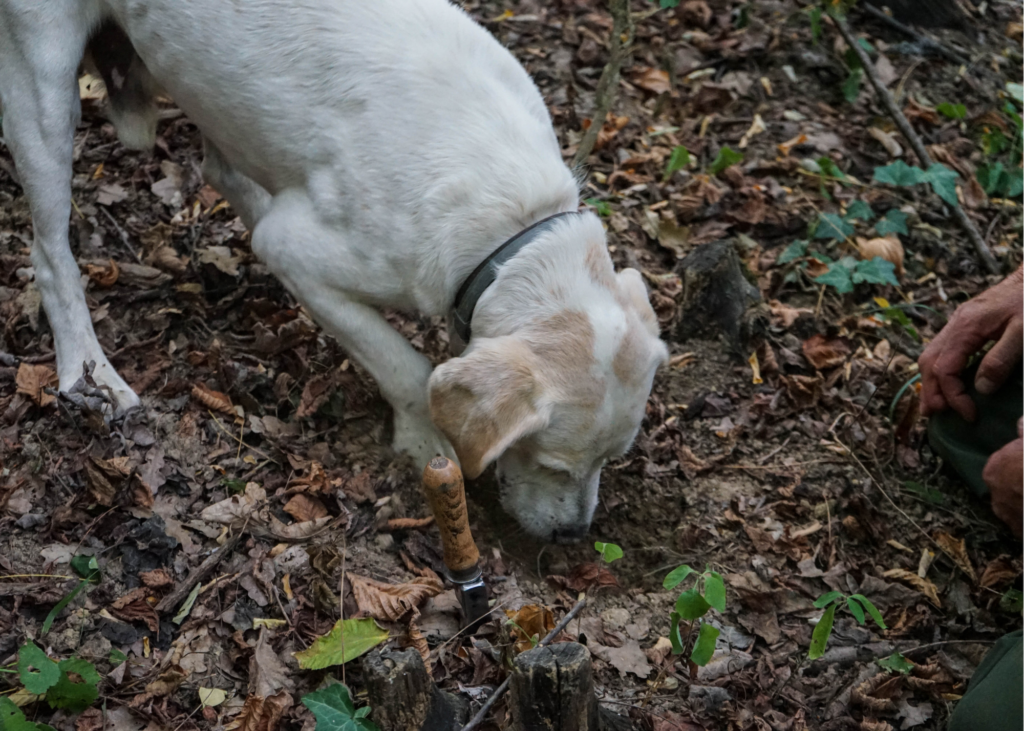 What is all the fuss about?

The aroma, the flavor … but more on that later. First – the mystique. The subterraneous nature of truffles meant their existence was shrouded in mystery. The Roman poet Juvenale gave them a divine origin: truffles were born when thunderbolts thrown by the God Jupiter (Zeus) happened to land near an oak tree. Their association with the seductive Jupiter may have informed their reputation as an aphrodisiac. While this scandalous reputation led them to be a banned food during the Middle Ages, they came back in favor during the Renaissance as a food for royal courts.

Truffles have a powerful aroma, which is often described as earthy, heady with notes of musk and garlic. It is strong stuff, and doesn’t play well with others – Italian chefs like to shave them on a flavorful but mild base such as polenta, risotto, or fresh pasta in a little cream sauce.

Truffles are a little expensive, what’s the alternative?

Truffle-infused oils and truffle pastes are easy mediums to introduce the heady aroma into a variety of dishes. We are partial to Asaro’s White Truffle Oil, which is perfect drizzled on risotto, sautéed mushrooms, fries and popcorn. Another way to get one’s truffle fix is through cheese. The milky, creamy flavor of cow’s and sheep’s milk cheeses is the perfect foil for the earthy intensity of truffles. Musco Food carries ten truffle-infused specialties – from extra-decadent, buttery Fromager D’Affinois with Truffle to sharp, crumbly Ford Farm Truffler Cheddar.

The best seller in the Truffle category is undoubtedly Central’s Moliterno with Truffle, a beautiful Sardinian sheep’s milk specialty.

Moliterno with Truffles is an unusual sheep’s milk cheese crafted by the Villeco family in Sardinia. Its beautiful mottled brown, glistening rind hides a creamy-crumbly interior, where generous veins of truffle paste run through a pale white interior. You may know the other members of the Moliterno family – the all-classic Moliterno, the piquant Moliterno Pepato, and the seductive Moliterno al Vino. 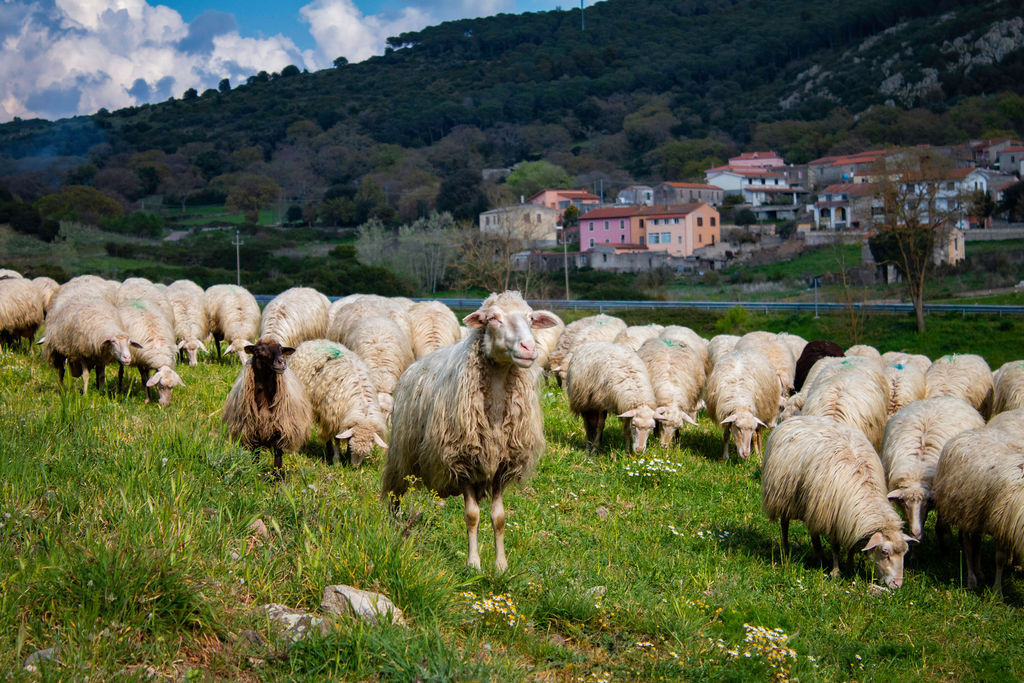 All Moliternos start off with the freshest sheep’s milk, gathered from 700 shepherds scattered in the highlands of Sardinia. The free-grazing sheep gorge on local herbs, flowers and plants, giving the milk the unique flavor of the island.

Moliterno respects the cycle of the seasons: the cheese is only produced from December to July. The sheep’s milk – which is pasteurized – is brought to the production facility near Cagliari. Production then begins: the milk is mixed with home-made cultures and enzymes, and left to coagulate. The curds are then cut, drained, and ladled into forms. The cheese develops its hallmark pattern thanks to the straw baskets in which it is placed. 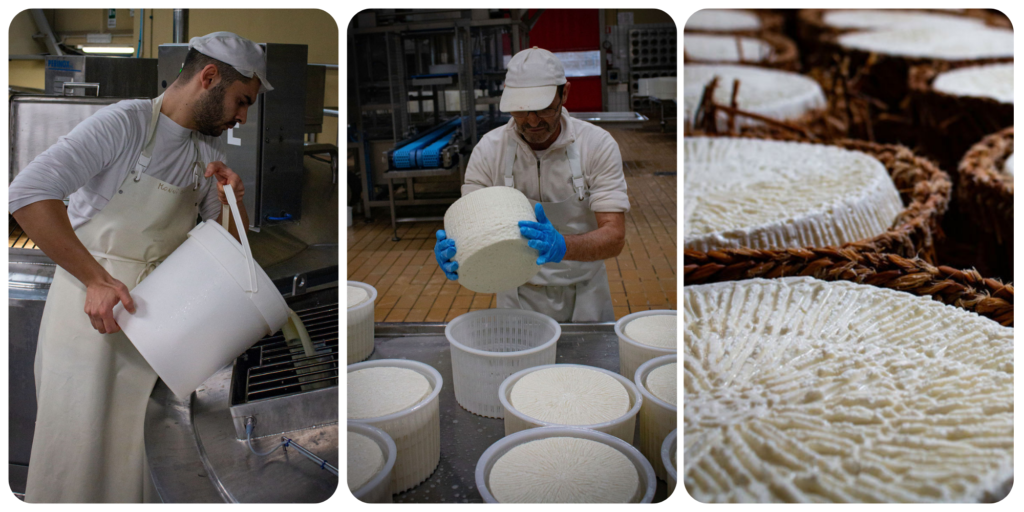 For Moliterno with Truffles, the “plain” cheese is left to mature on wooden planks for 2 months. It is then injected with a savory puree of Italian truffles, and rubbed down with that same puree, mixed with Organic Extra Virgin Olive Oil. The enhanced wheels are left to age another two to four months, until they are deemed ready for consumption. 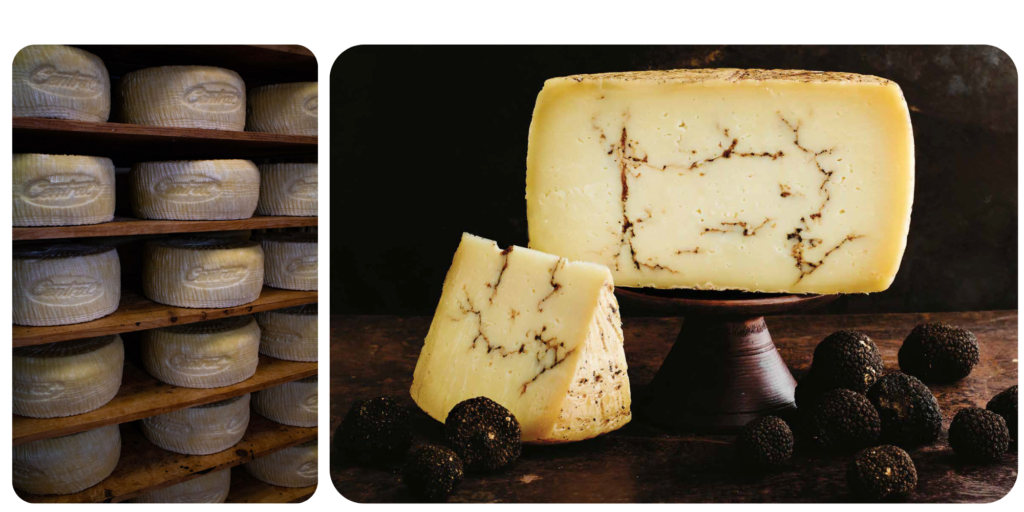 We’re proud to offer Moliterno in four variations – classic, Pepato, with Wine, and with Truffle, both in full wheels and in exact weight, pre-cut wedges. What’s more, we also offer shelf talkers and channel strips detailing the merits of these delicious cheeses. As your rep for more information!