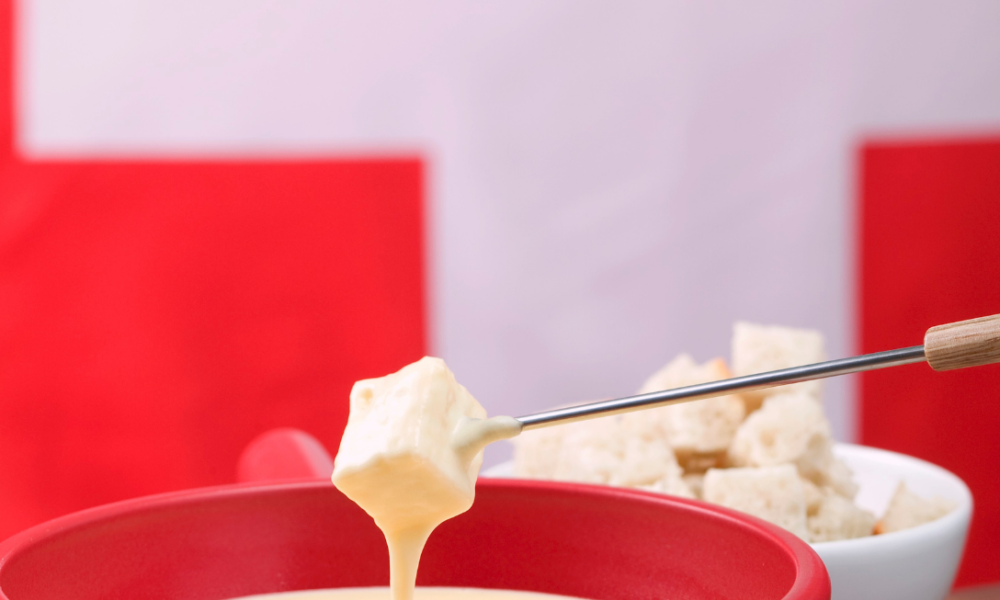 Temperatures are dropping, and more than ever, families seek out convivial comfort foods to share within their households. One of our favorites remains fondue – yes, the 80s party stalwart.

Modern fondue hails back to the late 1800s, when it emerged somewhere between France and Switzerland, near the border to Geneva. In Europe, the French and Swiss still argue to this day about who actually created this steaming pot of melted cheese. For the rest of the world, Switzerland has the upper hand, thanks to a broad marketing campaign led by the Swiss Cheese Union in the 1930s, culminating with fondue being presented at the Swiss booth of the 1939 World Fair in New York.

The classic Swiss recipe is called “Moitié-Moitié“, or half and half: a 50/50 mix of Gruyere and Vacherin. They are typically melted in a thick pot called caquelon, along with a splash of kirsch and some garlic. While bread is the classic “dipper” of choice, one can also use boiled or steamed potatoes. French and Italian versions exist as well, using their own local cheeses. We’ve come up with some classic, and less classic versions below – we hope they will inspire you to merchandize your fondue-friendly cheeses together in your stores!