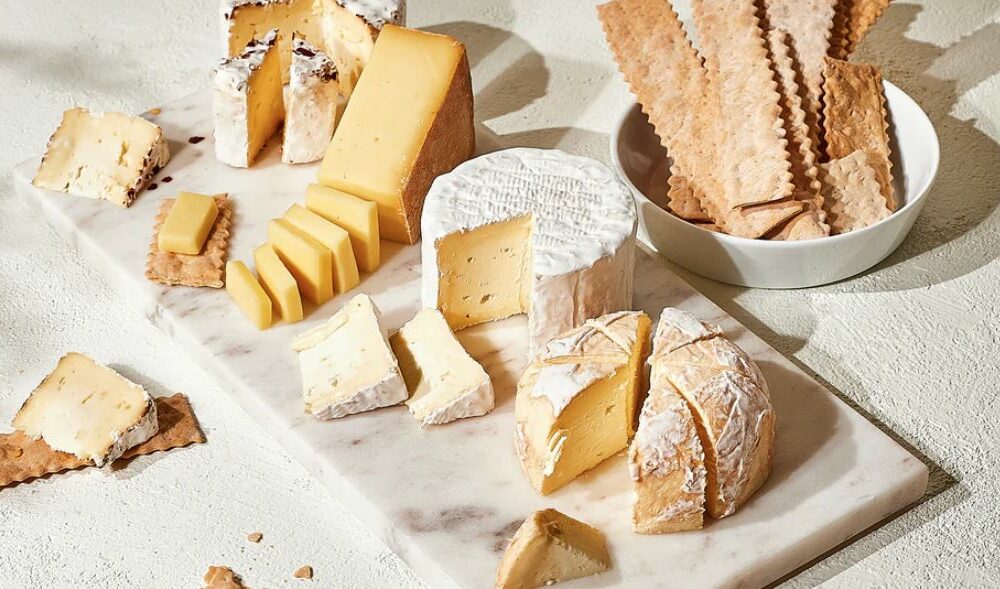 When you hear the words “Triple-Cream” or artisanal cheese, your mind may go to French cheeses or European producers … but why not stay within American shores? Artisanal American cheese has been gaining momentum since the early 1970s. The movement started in California, propelled by a certain hippie/”return-to-the-land” atmosphere – and interestingly enough, most of these new cheese producers were all women! Think Laura Chenel and her famous fresh goat cheese (chevre), or Alison Hooper and the now ubiquitous Vermont Butter and Cheese.

During that same time, the popularity of imported cheeses was soaring thanks to the hard work of pioneering cheese importers and passionate cheese mongers. American consumers (at least in affluent urban areas) developed a working knowledge of cheese and a palate that left them yearning for more than a slice of processed yellow goo. This higher demand led more artisanal cheese producers to open shop, including Cowgirl Creamery, the newest cheese producer in our product portfolio.

Cowgirl creamery is the brainchild of Sue Conley and Peggie Smith. A seminal trip to San Francisco in 1976 led them to establish their careers in the Bay Area. Peggy spent almost two decades working at the famous Chez Panisse restaurant, while Sue co-owned a popular diner in Berkeley. By the early 1990s, they were ready to move out of the city and tackle a new challenge.
They settled in Pt. Reyes Station, a beautiful little town of rolling green hills, just an hour north of San Francisco, and opened up a wholesale distribution company. Sue and Peggie’s goal was to leverage their connections in the Bay area to help small producers gain access to the kitchens of San Francisco.

History could have remembered them as specialty food distributors if it wasn’t for an architectural quirk of their headquarters: the renovated hay barn held a small cheesemaking room. It wasn’t long until they started experimenting, crafting delicate fromage blanc, crème fraiche, and cottage cheese… and young cheeses such as Mt Tam and Red Hawk.

Cowgirl Creamery uses only organic milk and cream for all their cheeses, from two farms situated a few miles away from the cheese production site. The milk is forage-based as the animals have access to pasture 24/7- one of the great benefits of agriculture in such a mild climate as Sonoma’s. In this way, the cheese is very similar to artisanal European productions: the milk is representative of the unique terroir of their region, their cheeses can only be made there. All of their cheeses use microbial rennet, making them entirely vegetarian. 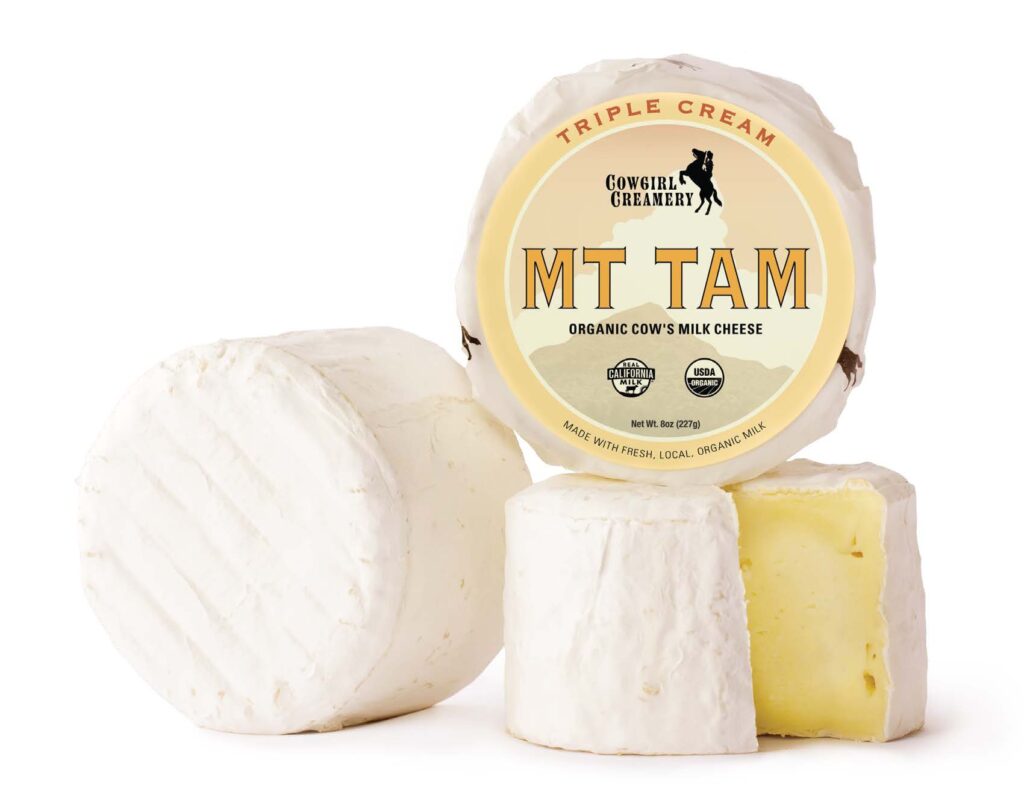 Mt Tam is a triple-cream bloomy rind cheese made according to an original recipe. During the fabrication process, Cowgirl Creamery washes the cheese curds, a step usually reserved for Gouda or other pressed/aged cheeses. This creates a denser, “Cheese With Heart” appearance in the paste of the cheese. The interior never fully breaks down into a gooey mess. There is always a buttery “core” in the middle that becomes surrounded with a smooth, rich creamline. 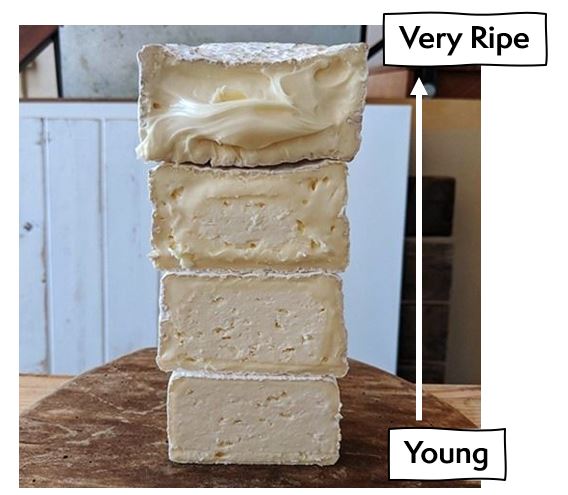 What does Mt Tam taste like? When young, you will get notes of creme fraiche & cultured butter. At all ages, it will be luscious, tasting of salted butter, cream, fresh pasture, & white mushrooms.

Pairings: Try sparkling wines or dry ciders to cut through its richness, or embrace the buttery, fatty flavors of a Californian Chardonnay for an over-the-top experience. 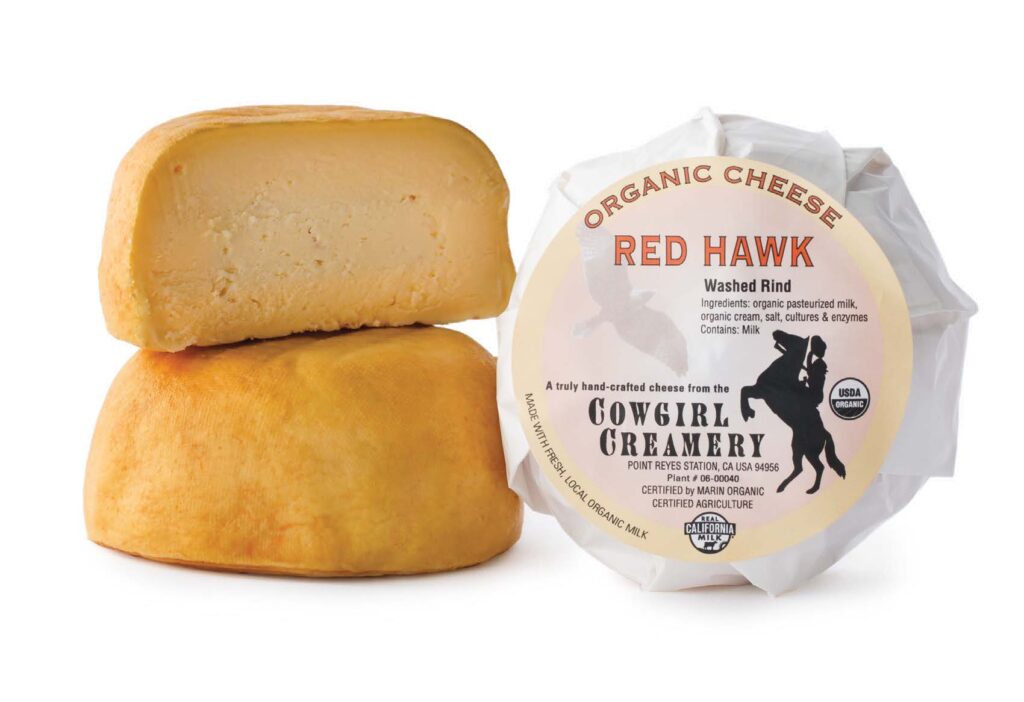 Red Hawk is made in a similar process but treated like a washed rind during the aging process. The quality of the milk shines through as the funk adds an earthy, almost baker’s chocolate-like complement to the cheese. Red Hawk should be a little tacky/sticky but not particularly wet. Its orange color darkens with age. With all cheese, it’s important to let it breathe for a while after opening. The cheeses have been ripening in their paper for some time now and it is common to have a bit of ammonia coming off of them after they are first unwrapped. This will dissipate after a few minutes. The cheese is savory and rich, with notes of cured meats, roasted peanuts, and ocean brine behind the pungent funk. 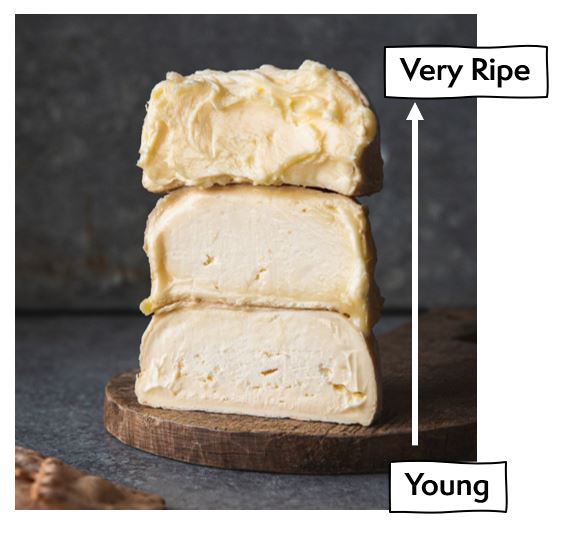 Pairings: A zingy Pinot Noir is a good pairing, as is a sharp Riesling, or match the cheese’s funk with an amber or dark ale. 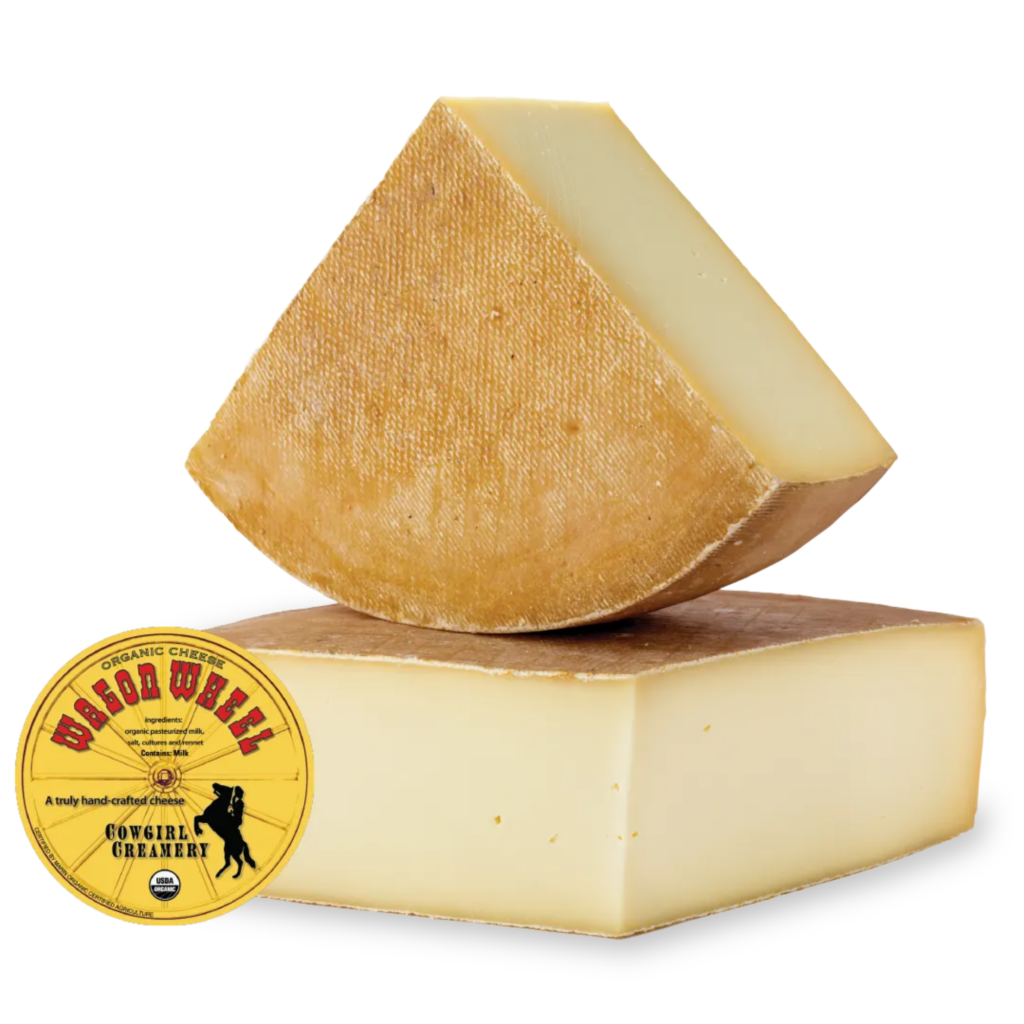 Wagon Wheel was designed for Zuni Café’s chef Judy Rodgers. She was looking for a domestic alternative to young Italian Asiago: a cheese that would have a mild but pleasant flavor and perfect meltability. Enter Wagon Wheel, a washed-rind semi-firm cheese aged for a minimum of 3 months. Wagon Wheel’s rosy-hued rind surrounds a delightfully supple center. Flavors of chicken broth, brown butter, and cream make it a winner for both well-seasoned palates and new cheese fans. We find it reminds us of a young Comté. The key to enjoy it? If you are not melting it, serve it at room temperature!

Pairings: Any medium-body wine would work nicely, try it with a mellow white wine aged in stainless steel.

In conclusion, do not miss these incredible cheeses. Shoppers are more interested than ever in small productions and cheeses with a story – and what a story this is! Reach out to your Musco Food sales rep to carry these cheeses, and don’t hesitate to ask for shelf talkers and product demonstrations.