This year, we’ve sold more Panettone than ever – but we’d bet our weight in raisins that most shoppers do not know how this delicious Italian treat is made. Read on to learn more!

What is a Panettone? 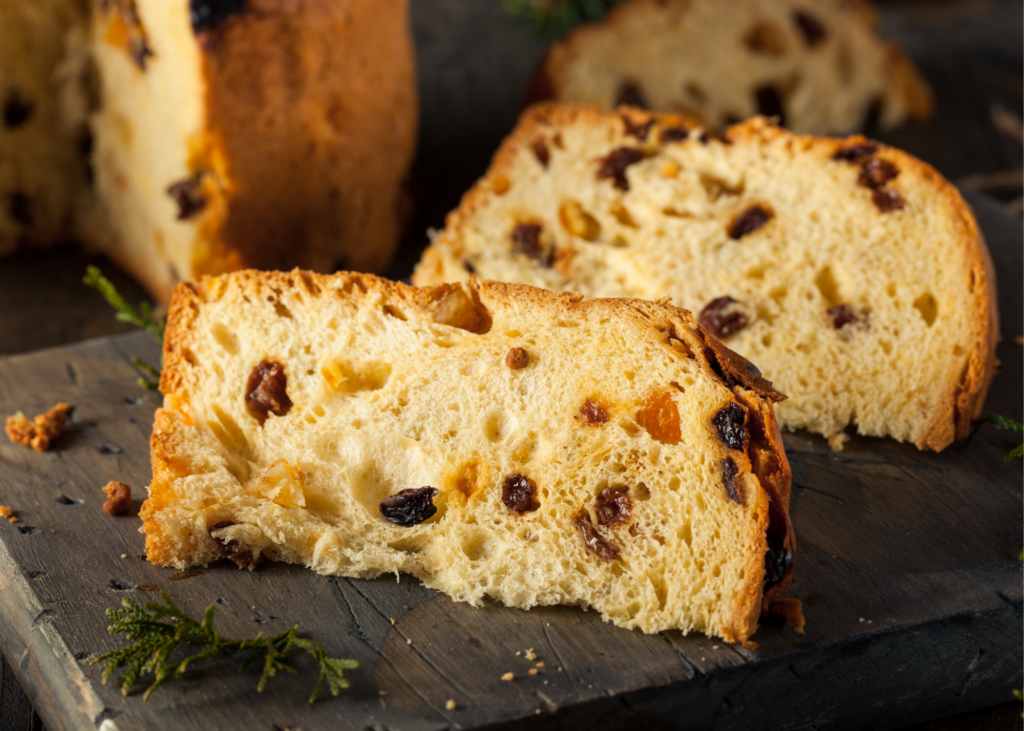 Panettone is a sweet Italian yeasted cake that hails from Milan, in northern Italy. It is usually enjoyed around Christmastime, though is now available year-round due to its popularity. Traditional panettone are dotted with candied lemon, orange, and raisins. Today, you’ll find them studded with chocolate chips, cherries, or filled with sweet pastry creams.

Today, Panettone is popular throughout the whole world; 75 million cakes were sold in Italy alone in 2016. A variant is also popular throughout south America, thanks to Lombard immigrants who settled in Argentina, Peru, Venezuela, Argentina and beyond. While some delicious Latin panettone exist, the cakes finding their way in the U.S. tend to be of inferior quality to those made in Italy.

Who invented the Panettone? 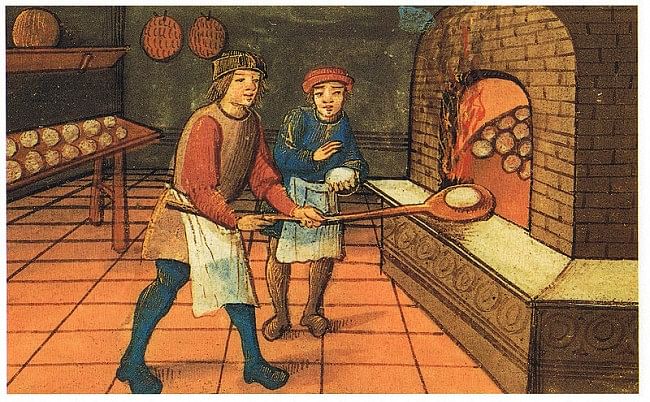 Its exact origins are lost in time – while it may find its precursor in leavened cakes popular during the Roman empire, its popularity exploded in the 1800s.

Legends remain about its origins. The most famous relates the tale of a Nobleman, Ughetto, a lover of fine things and falconry who fell in love with the daughter of a baker. To be able to woo her in spite of their class difference, Ughetto disguised himself and took a job at the ailing bakery. To produce better bread, he sold his beloved falcons, and added butter and sugar to the bread mix, and later candied citrus peel and raisins. The bread soon became incredibly popular, and the lovers’ family agreed to their wedding. A sweet, happy ending! 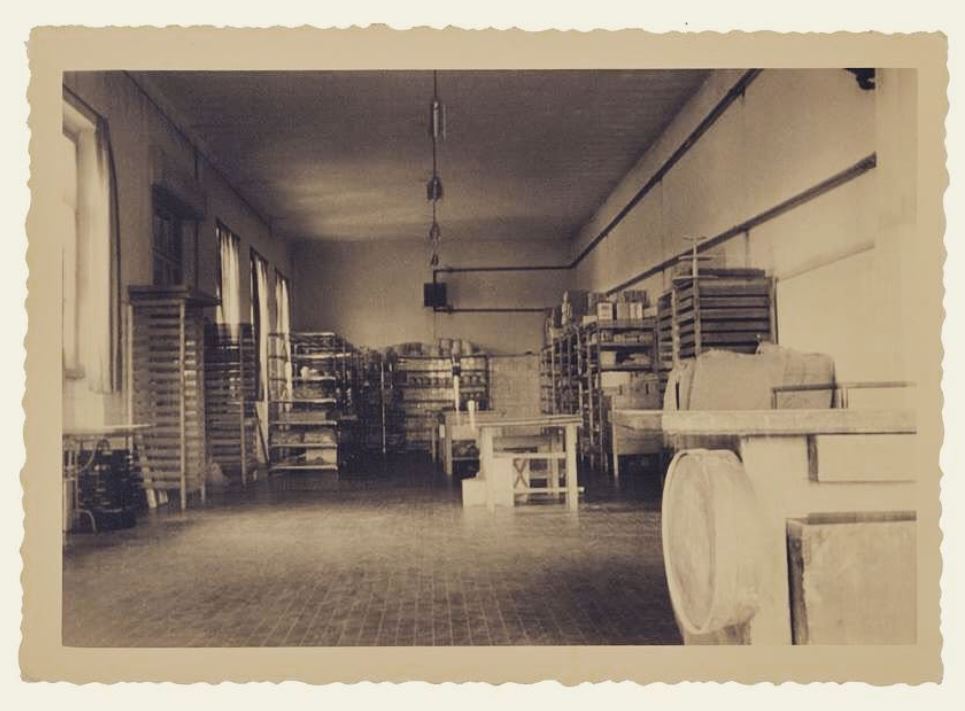 How are Panettone Cakes Made?

Panettone are rarely attempted by home cooks, for their preparation is painstakingly long and complex. This year, we were very excited to carry Vergani Panettone. Vergani has been crafting Panettone in Milan for over four generations. What began as the small shop of Angelo Vergani in 1944 is now a world-renowned Panettone maker. Vergani is the only large producer of Panettone producing 100% of its products in Milan itself. 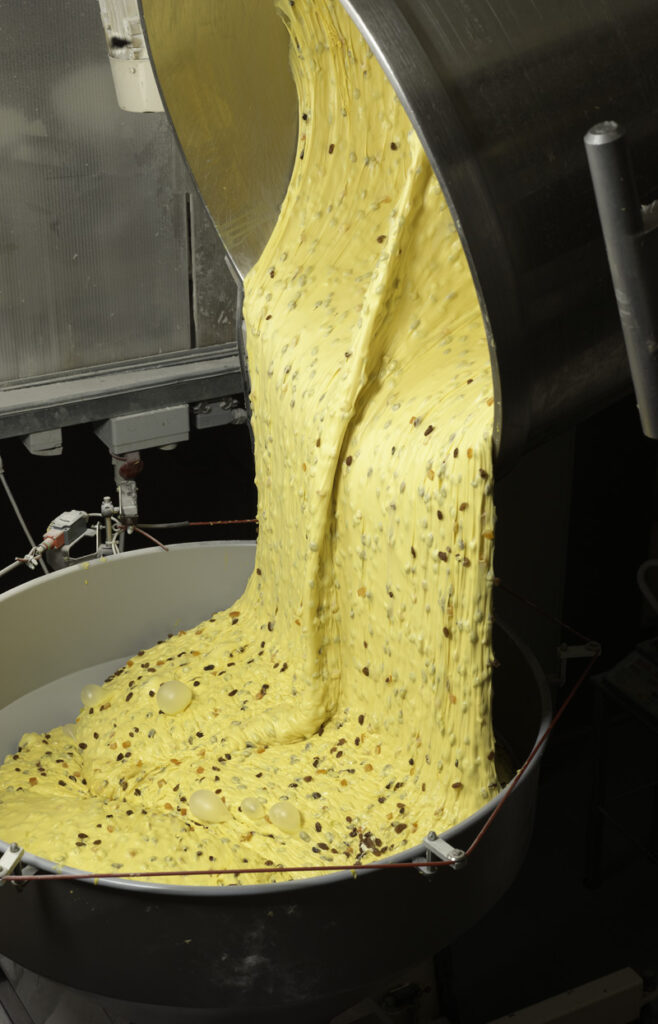 Unlike many cakes that owe their rise to eggs or baking powder & soda, panettone is made with yeast. Vergani’s “Mother” was created more than 75 years ago, and has been kept alive and growing for all this time. Not only does the yeast allow the Panettone to develop their signature texture (moist and packed with inclusions, but still aerated), it also contributes to the unique flavor of the dough. Another key ingredient? The inclusions! Take the candied orange peels that dot the traditional Vergani Milano Panettone: they are handpeeled and sourced exclusively from Sicily. 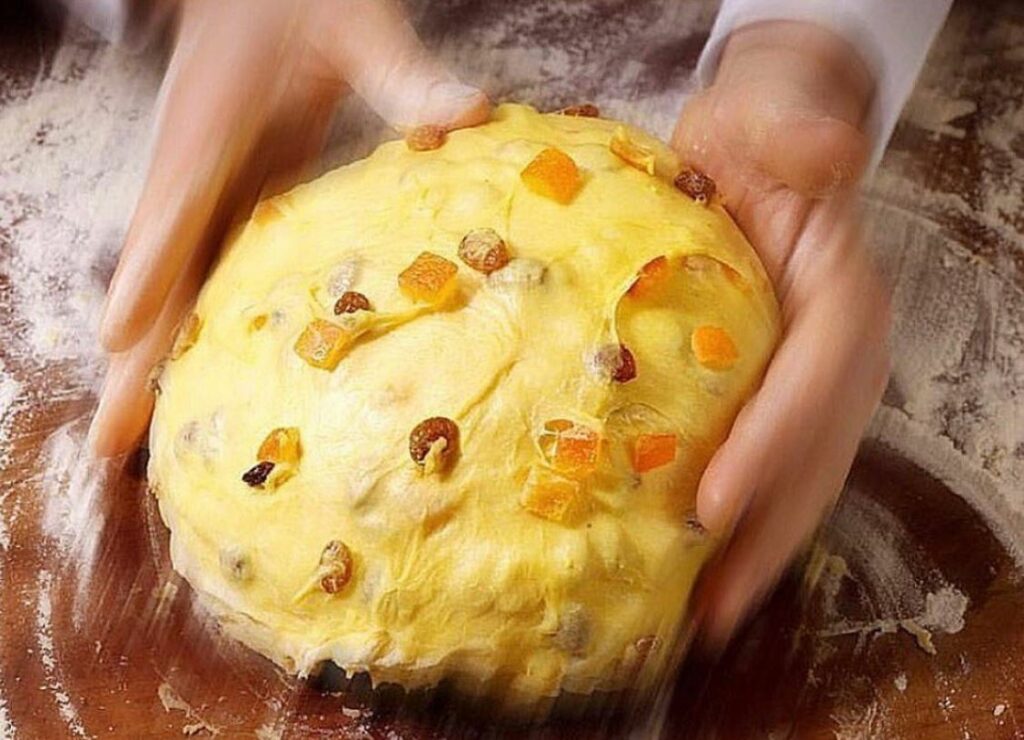 Shaping is key – folding the dough onto itself to create  a tight dome means the cake will rise evenly, without any large air bubbles. 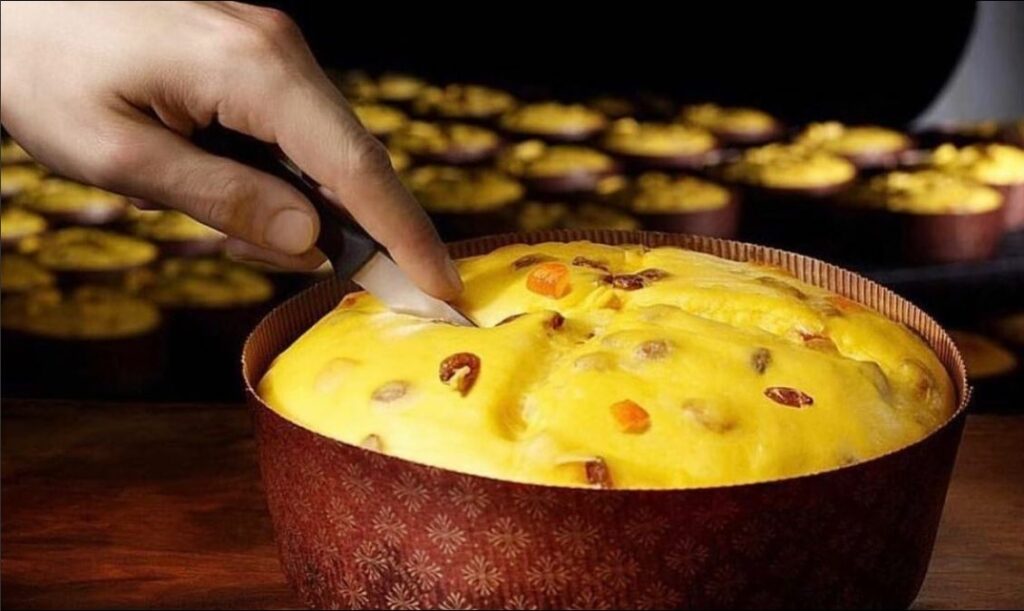 A cross-shape is cut into the top of the Panettone to ensure an even rise – it is also said to represent the Christian cross. 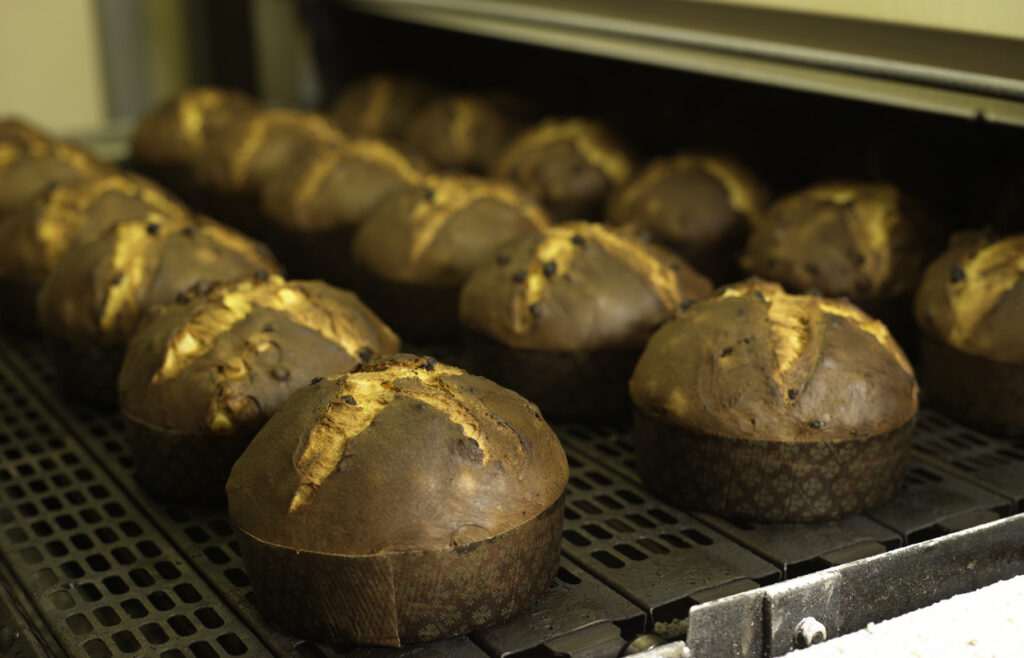 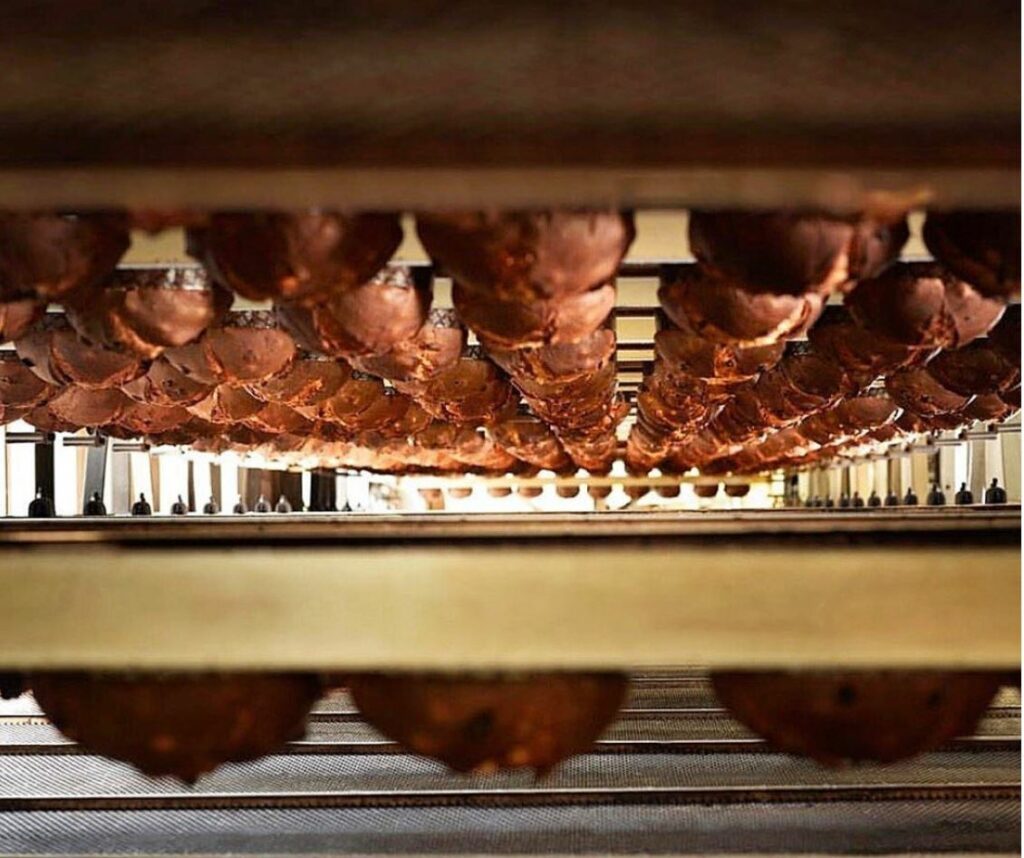 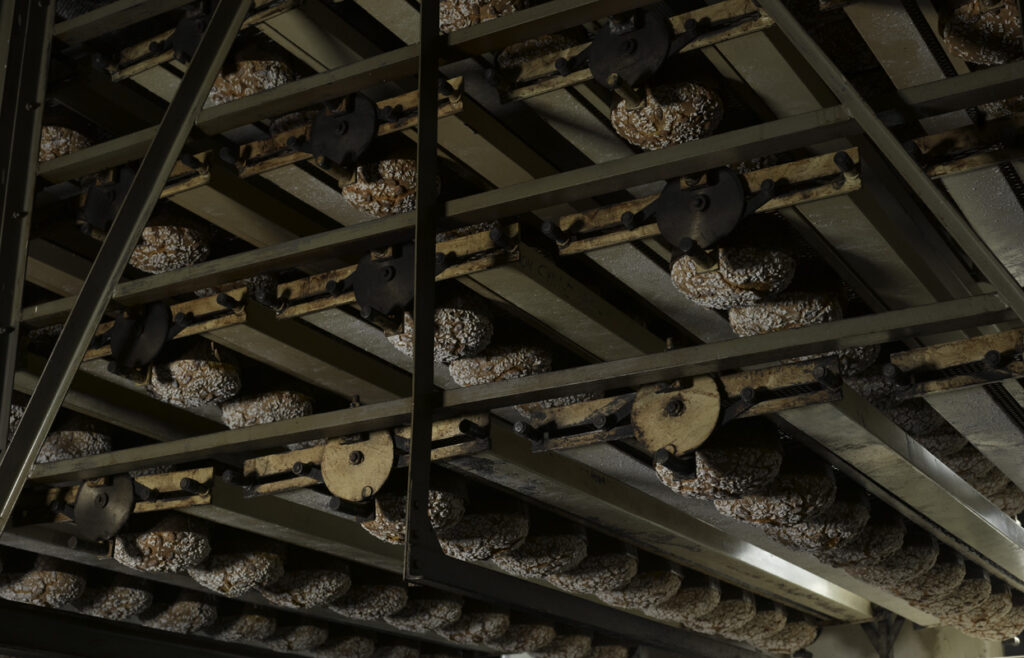 No, this photo wasn’t posted upside down – that’s how the Panettone actually cool! After being baked, the cakes are hung upside down to cool down and rest – this prevents them from collapsing under their own weight.

That’s it folks! Did you try a Vergani Panettone this year? Let us know what you thought!