According to 2020 Data, American shoppers consume a whopping 40.2LBs. of cheese per person every year. Cheddar and its cousins Jack Cheese make up at least 15LBs. of that remarkable number, though it is hard to know what statisticians hide beneath the “cheddar” moniker. While they certainly have their uses, pre-packaged grated cheddar cheese and other sandwich slices are a far cry from a true British cheddar. While there are some excellent domestic cheddars, our focus will be on the cheese’s birthplace: the U.K.

It is said that cheddar was first invented towards the 12th century in the village of Cheddar, in Somerset, England. The cheese was aged in the natural caves dotting the cliffs above the small village. Cheddar rapidly gained favor amongst British royalty, starting from Henry II and culminating during Queen Victoria’s reign, who received a 1,000 Lbs. wheel of Cheddar for her wedding. Cheddar also crossed the Atlantic with the early pilgrims of the XVIIth century. According to Culture Cheese, Cheddar was the “national standard” of American cheese prior to the advent of processed cheese.

Popular as it was, the cheddars from the early part of the millennia may have little in common with those we consume today. The production of cheddar was only codified in the mid-19th century. Today, two main types of cheddar exist: block cheddar, and cloth-bound cheddar. They can be pale yellow or orange ; the former simply reflects the color of the milk, the latter is dyed thanks to the addition of annatto. Both varieties are produced using the same technique, called “Cheddaring”. Let’s walk through the steps!

The Production of Cheddar

The milk, culture and rennet are mixed in tanks and brought to the appropriate temperature to ensure the formation of curds. 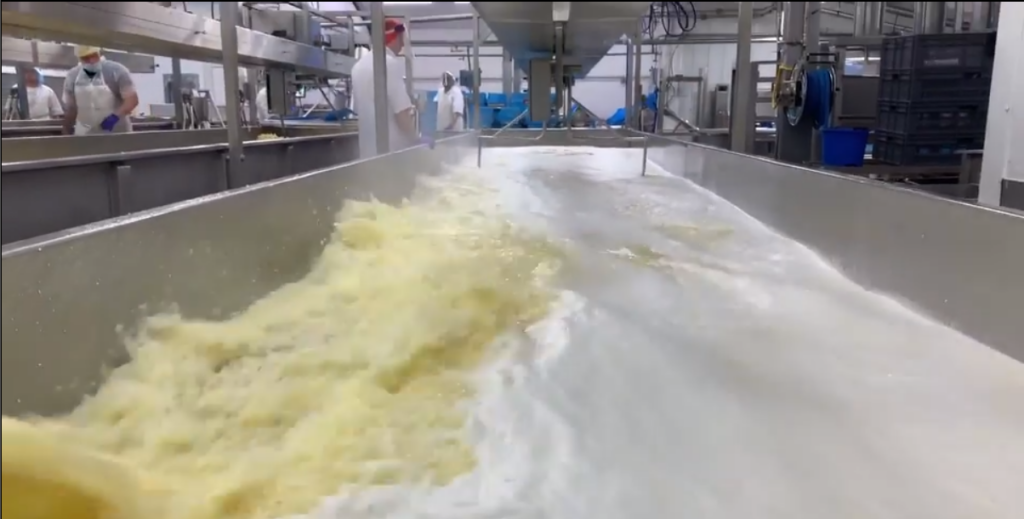 Once the curds have appeared, the whey is drained away (Whey is often reused as part of animal feed, or in Italy, to make ricotta). 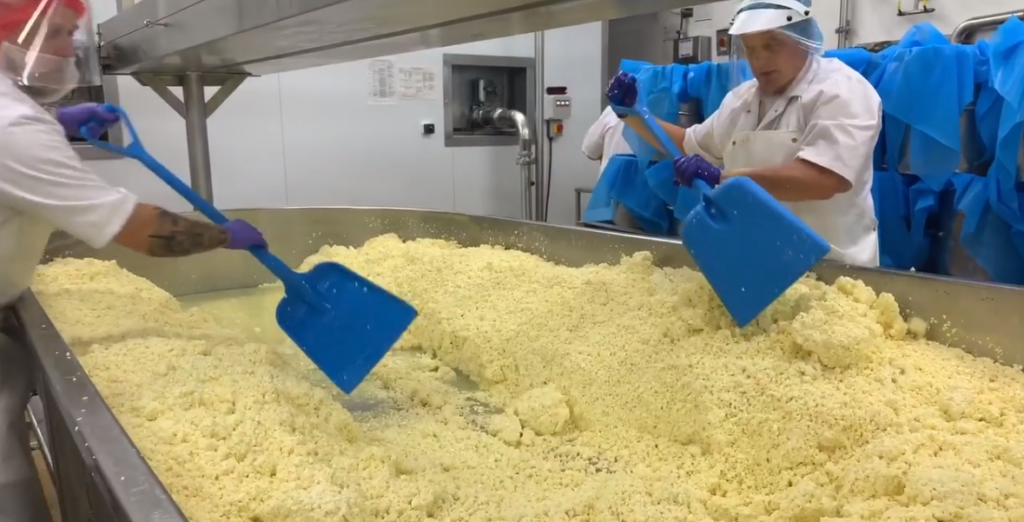 When all the whey is gone, master cheesemakers start cutting the curd to form large slabs of curd. 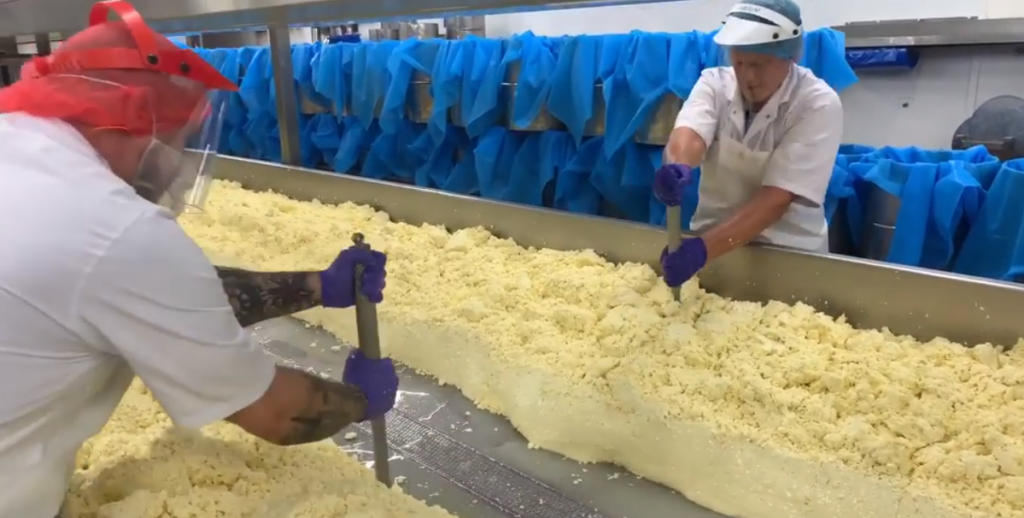 The resulting mass is cut into large bricks which are stacked upon each other, cut, and stacked again. 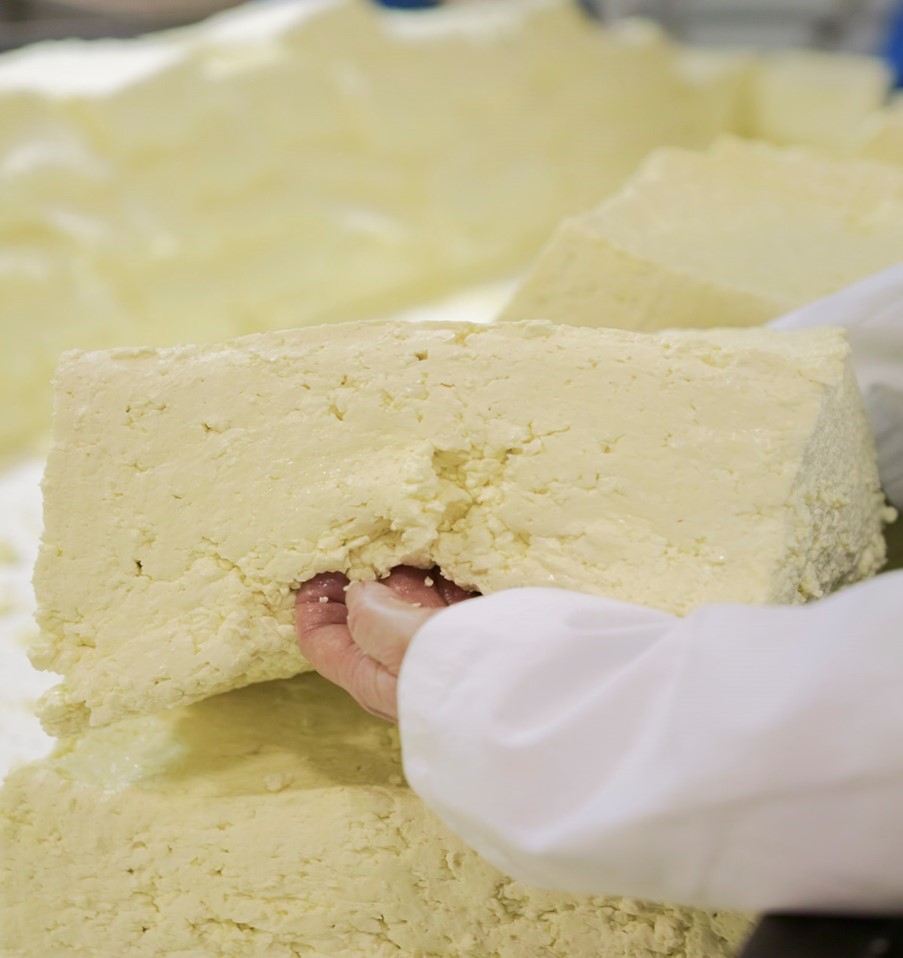 Eventually, the tight block of curds becomes similar to a laminated dough – This unique layering process is what gives cheddar its dense mouthfeel and signature crumbly, uneven texture. The so-called “Cheddaring” process of lamination also offers time for the curd to acidify, an essential step in the development of the hallmark flavor of a good cheddar. 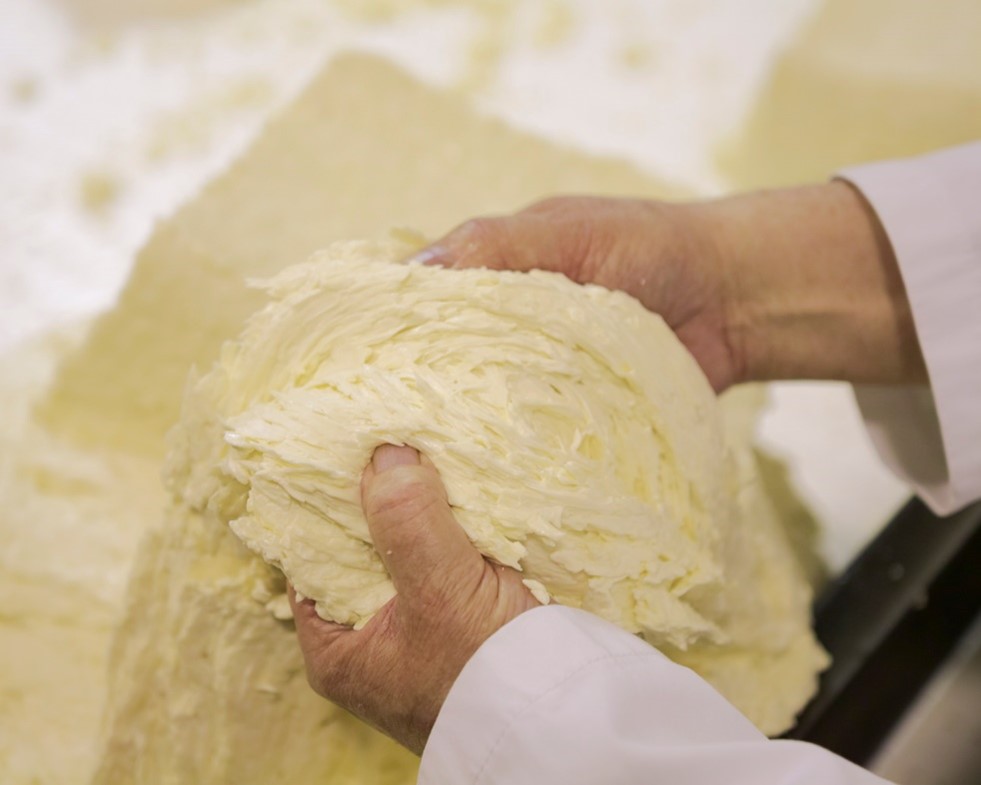 These laminated slabs of curd are then broken down into small pieces, which are salted and placed into molds to become cheddar. Fun fact – those little pieces are the delightfully squeaky bits that adorn the top of a poutine! 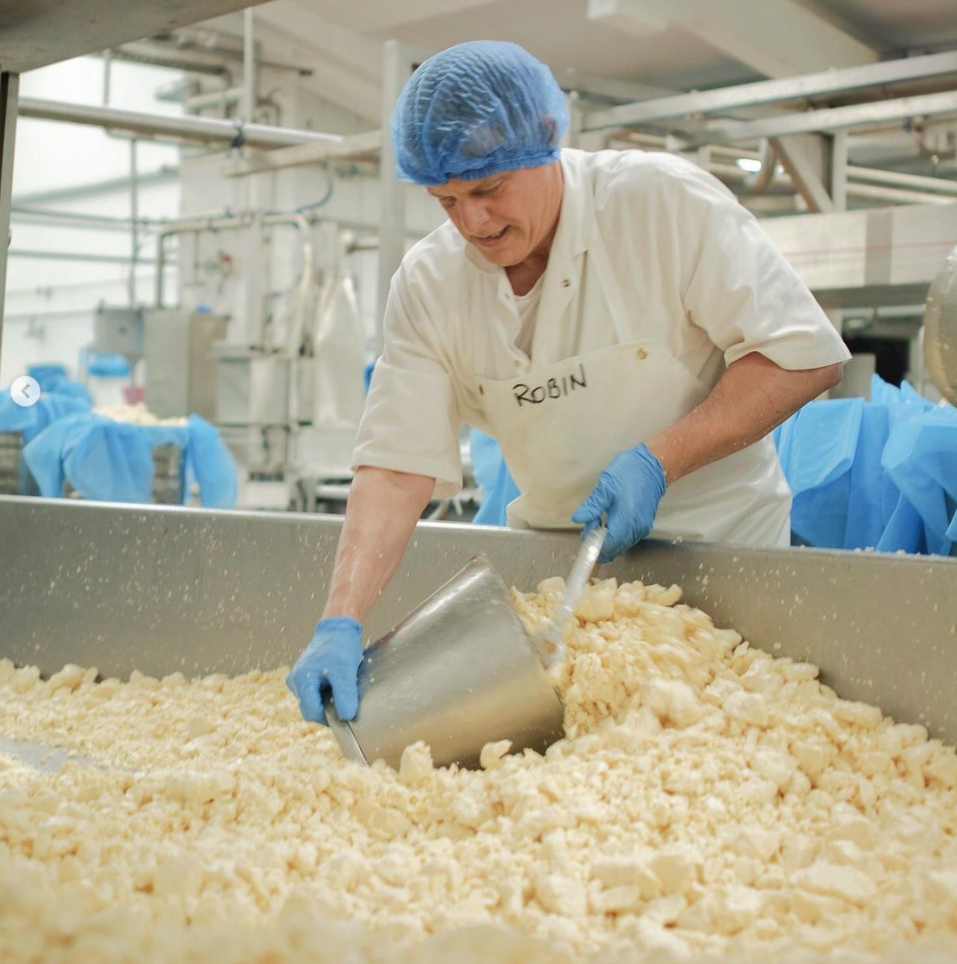 After a few months of aging and careful baby-sitting, the cheddar you know and love is born. Check out our most popular cheddars and British cheeses here.